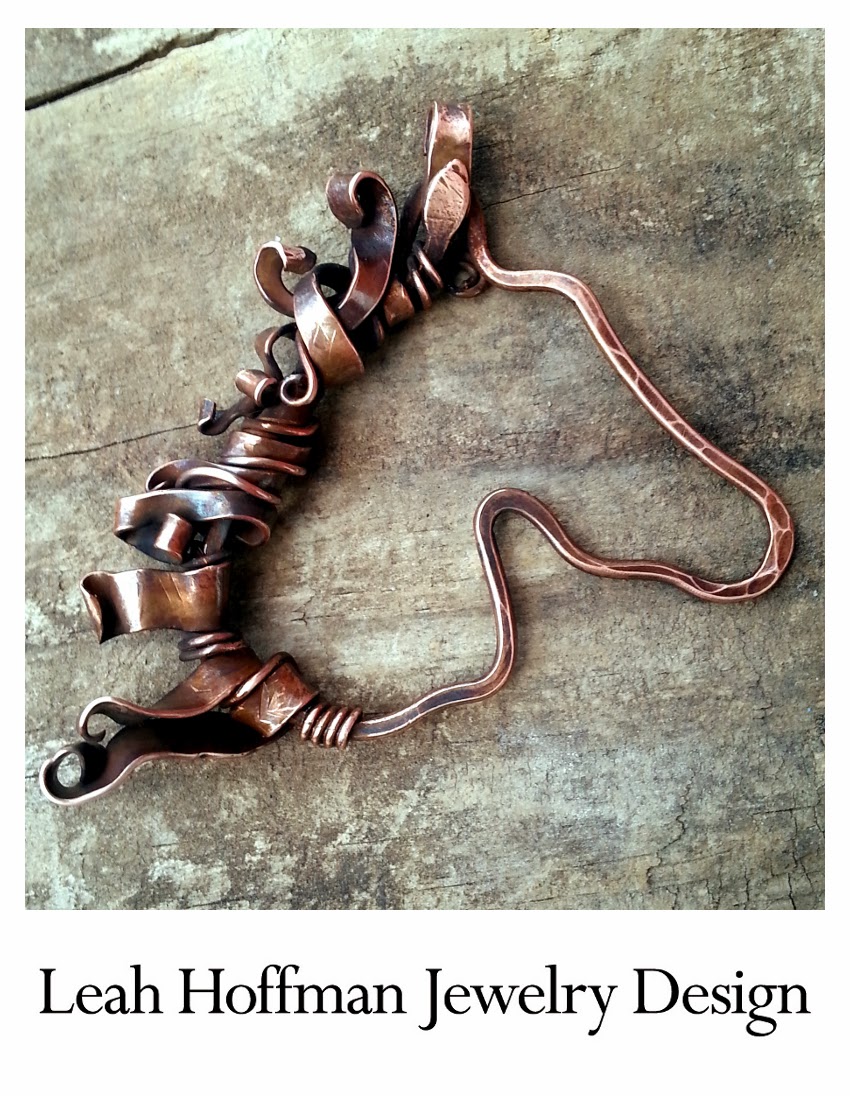 This pendant was created as a Christmas present for my niece Breanna.  She loves horses, but also being a teenager she can be kind of hard to shop for. So, I decided to make her something, because that's what I do.

It came together under a spell, it would seem. I was totally focused, I worked non-stop for only two and a half hours before it was completed. Some of the things I make take days to complete, but the stars were perfectly aligned this time. I was in a zone, which is awesome and rare.  There's nothing like the high you feel when you get to this place.

After Christmas a friend on Facebook contacted me about a contest being held through  Rio Grande, a very well known jewelry and metal supply company. This is the premiere jewelry supply company, used by many jewelry makers the world over. They have over 30,000 fans on Facebook.  The contest was for horse jewelry.  She thought I should enter.
A few days later I got an email from Rio Grande saying that my pendant would be featured on their blog, and I was interviewed. 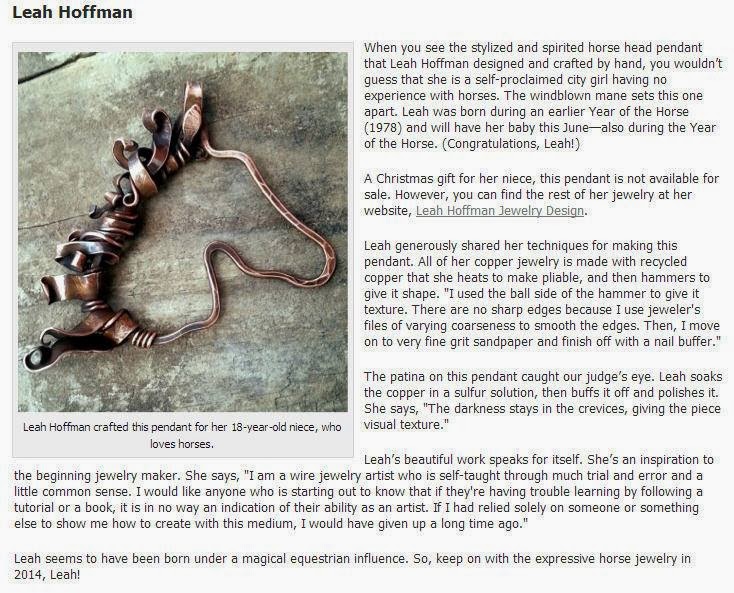 I am honored to be recognized by such a well known and prestigious company, and to be among the other amazing talent who were also featured for their horse jewelry.

Promote Your Page Too

Leah Hoffman
Des Moines, Iowa, United States
Working with wire has hardened my fingertips, broken my nails, poked and scratched my skin, but it's heightened my creativity, challenged my mind, and helped me produce art that makes me proud. To inquire about any of the jewelry you see here send me an email message or contact me on Facebook.